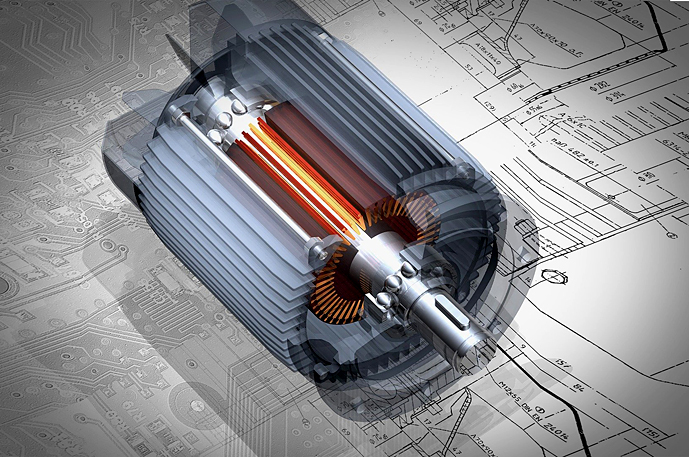 Servo motors have been around for over a hundred years, helping to transform the industrial world. The original servo motors were large and weak when compared to the servo motors we use now.

Today, servo motors take the form of small, powerful, and energy-efficient devices used in robotics, manufacturing, and the pharmaceutical and food industries.

Servo motors have proven to be an essential piece of gear that has helped many industries scale up with phenomenal speed. New levels of efficiency and productivity have been reached utilizing their power.

What Is a Servo Motor?

Servo motors are utilized for pushing or rotating objects with incredible precision. If you have an application that requires an object to be pushed and rotated at precise angles or distance, then a servo motor is adept.

Servo motors are most commonly used for:

Servo motors are measured in kg/cm (kilogram per centimeter). The kg/cm indicates how much weight the servo motor can shift at a specific distance.

For example, a 7.5 kg/cm servo motor can lift 7.5kg when the load is suspended 1cm away from the shaft. The motor shaft is positioned at a precise angle using the control signal. Today, manufacturers have started to produce servo motors designed for incredibly useful applications such as robot arms, drones, in-line manufacturing robotic automation, or any object required to move at a precise angle.

How Do Servo Motors Work?

The circuitry is built inside the servo motor unit with a positionable shaft. This shaft is typically fitted with a gear. An electric signal controls the motor, which then determines the movement of the shaft.

The electrical pulse width modulation (PWM) controls the servo motor through a control wire. This pulse is made up of a minimum pulse, maximum pulse, and repetition rate. Servo motors typically move at a 90° either way for a 180° movement. The neutral position is where the servo has equal rotation capability in either direction.

The position of the shaft is determined by the electrical pulse when sent to the servo motor. Depending on the duration of the pulse, sent via the control wire, the rotor can turn to the desired position with high precision and speed.

The Difference Between a Motor and a Servo Motor

There are some key differences between a regular DC motor and a servo motor. These can be broken down by the following factors.

A DC motor is an individual machine that requires no assembly. This differs from a servo motor, which has four parts: motor, gearing set, control circuit, and position sensor.

A DC motor rotates on a continuous basis. A servo motor is limited to 180° and does not rotate freely or continuously like a DC motor.

DC motors are in cars, wheels, various tools, wind turbines, and appliances, where continuous rotation is useful. Servo motors are designed to help with precision movements such as that of a robotic arm or drone.

Therefore, a servo motor is much like a DC motor, but it doesn’t run continuously. Instead, it runs precisely as and when it needs to, which can significantly improve energy efficiency and skill of work completed. For these reasons, servo motors are extremely useful for the automating industry, where large quantities of objects require ultra-fast and precision work.

The typical accuracy of a servo motor is around +/-0.05 deg. This achieved with an encoder. The motor rotates, and an electrical signal is delivered to the servo driver, which informs it on its current speed and position. A servo motor is only ever as accurate as it’s encoder’s accuracy.

Everything you need to know about turbochargers

How To Pick the Perfect Vehicle For Your Family 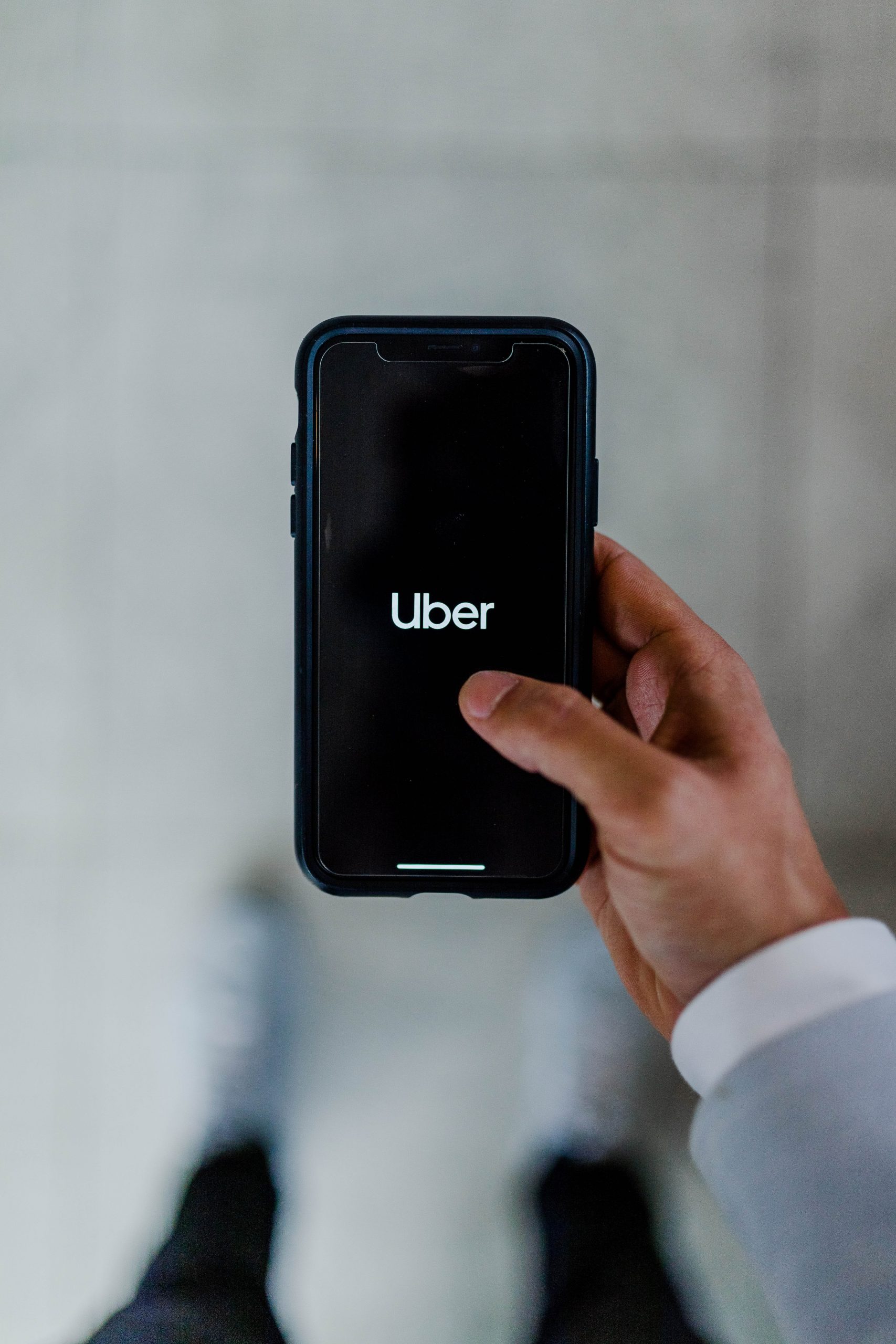 Ride-sharing companies such as Lyft and Uber are uniquely positioned to reduce fatalities and deaths from drunk driving and also, according to a recent study, they are linked to increased binge drinking.

To date, much of the research carried out on drunk driving and ride-sharing focuses on how services like Uber could contribute to a decrease in DWIs, fatalities, and accidents, the researchers noted.

‘’There’s fairly strong evidence that this expanded supply of transportation is allowing people to do less driving while drunk,’’ co-author Jeffrey McCullough said, health management and policy associate professor of Michigan School of Public Health University. ‘’But at the same time, we found that it is making it easier for people to engage in alcohol consumption particularly binge drinking, which is the worst kind of drinking.’’

McCullough and collaborators used press releases from Uber to indicate when the service entered the market. They contrasted this data against what they knew about population density and alcohol consumption according to the Behavioral Risk Factor Surveillance Systems Annual Survey, an extensive US survey on residents about preventive services use, chronic health conditions, and their risk behaviors.

Using 113 urban markets data collected between 2010 and 2016, the researchers specifically looked at those who confessed that in the preceding 30 days they had drunk alcohol and the ones that confessed to binge drinking (approximately 5 drinks for males and 4 drinks for females at once) in the same period.

Researchers didn’t find a connection between Uber’s entrance into the market and generally modest alcohol consumption frequency. Still, they witnessed that in high-density markets, binge drinking rose by 4% after Uber’s came into the market.

”Clearly, there are health benefits to reducing drunk driving, but we are also seeing an increase in binge drinking,” said McCullough. ”It’s not that we should stop ride-hailing services. They do create value. But the study suggests we should be thinking about other public health risks related to alcohol consumption as transportation technology changes.’’ 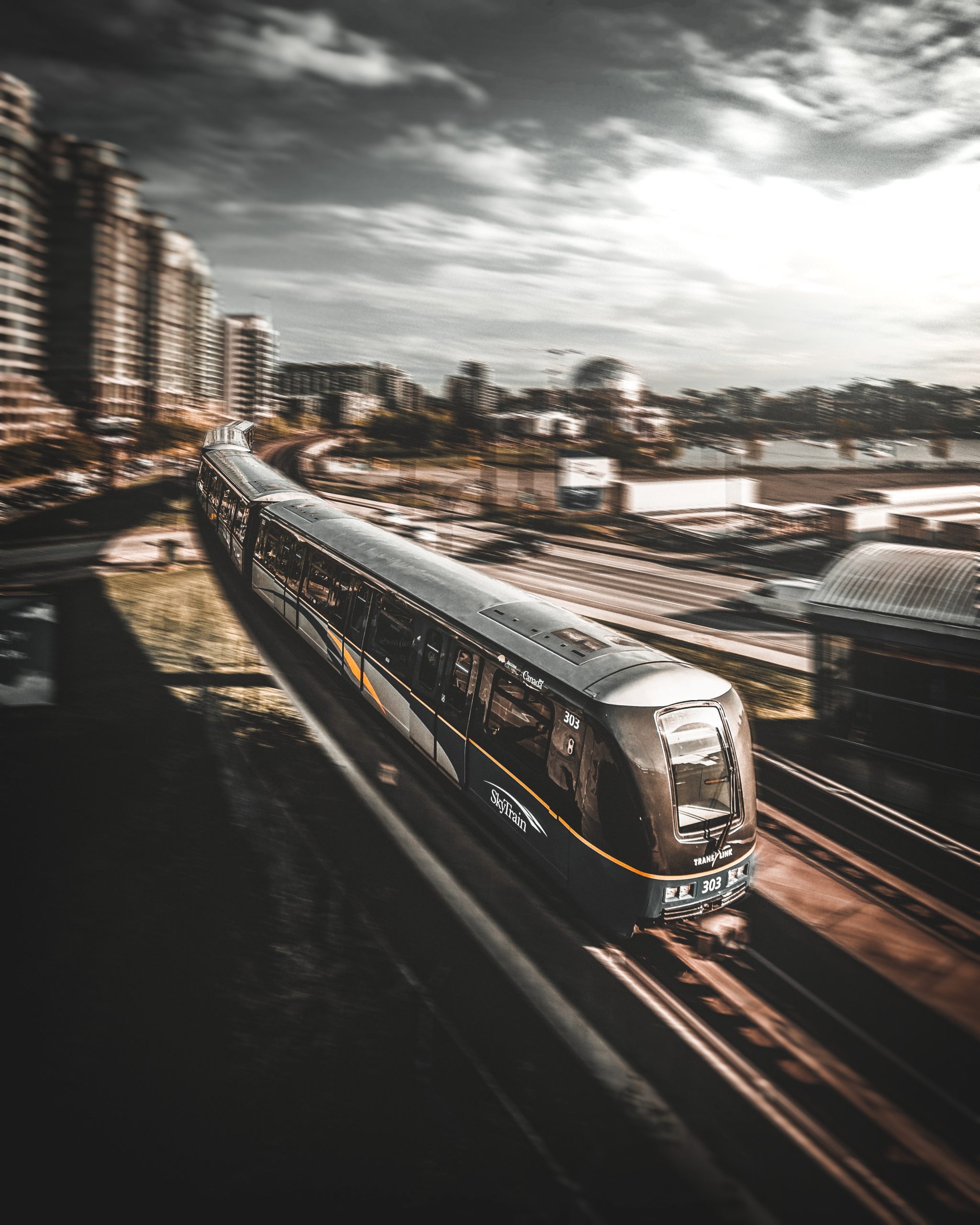 Chinese researchers have made public a new maglev train prototype they developed. Running on high-temperature technology, the high-speed train will run on liquid nitrogen which is much cheaper than liquid helium.

The prototype has leveraged several new technologies; such as a low-resistance locomotive shape, a light-weight carbon fiber body, and a superconducting maglev with a capacity for both high-temperature and large load.

Traditional railway trains run on wheels but maglev (also referred to as magnetic levitation) trains are propelled above a guidance track. The Southwest Jiatong University is the birthplace of the superconducting maglev technology.

From the 1980s, the school has worked to advance technological innovation and theoretical research. The university partnered with China Railway Group Limited, China Railway Rolling Stock Corporation and other companies and institutions in 2020 to begin on the prototype’s manufacture. Other than that, they needed to manufacture the test line and build the train’s transit system.

Wu Zili, a senior engineer in SWJTU, was interviewed by the South China Morning Post. He mentioned the train’s systems achieved superconductivity at about one-fiftieth of what liquid helium systems cost. He explained that ordinary superconductors required -269 degrees Celsius while high-temperature superconductors could only work with liquid nitrogen at -196 degrees Celsius.

The engineer added that the train had a self-maglev feature. The train was capable of remaining suspended without extra energy. The train is intended to move at a record speed of 385mph (800km/h.

Future editions of the train are expected to rise to a speed of 500mph (800km/h) because of low vacuum tunnel technology. Trials for an even better maglev prototype were running last year at Shanghai Tonji University.

SJTU is working on other innovations besides the maglev train. An urban rail vehicle running on wireless power supply is also in the works. 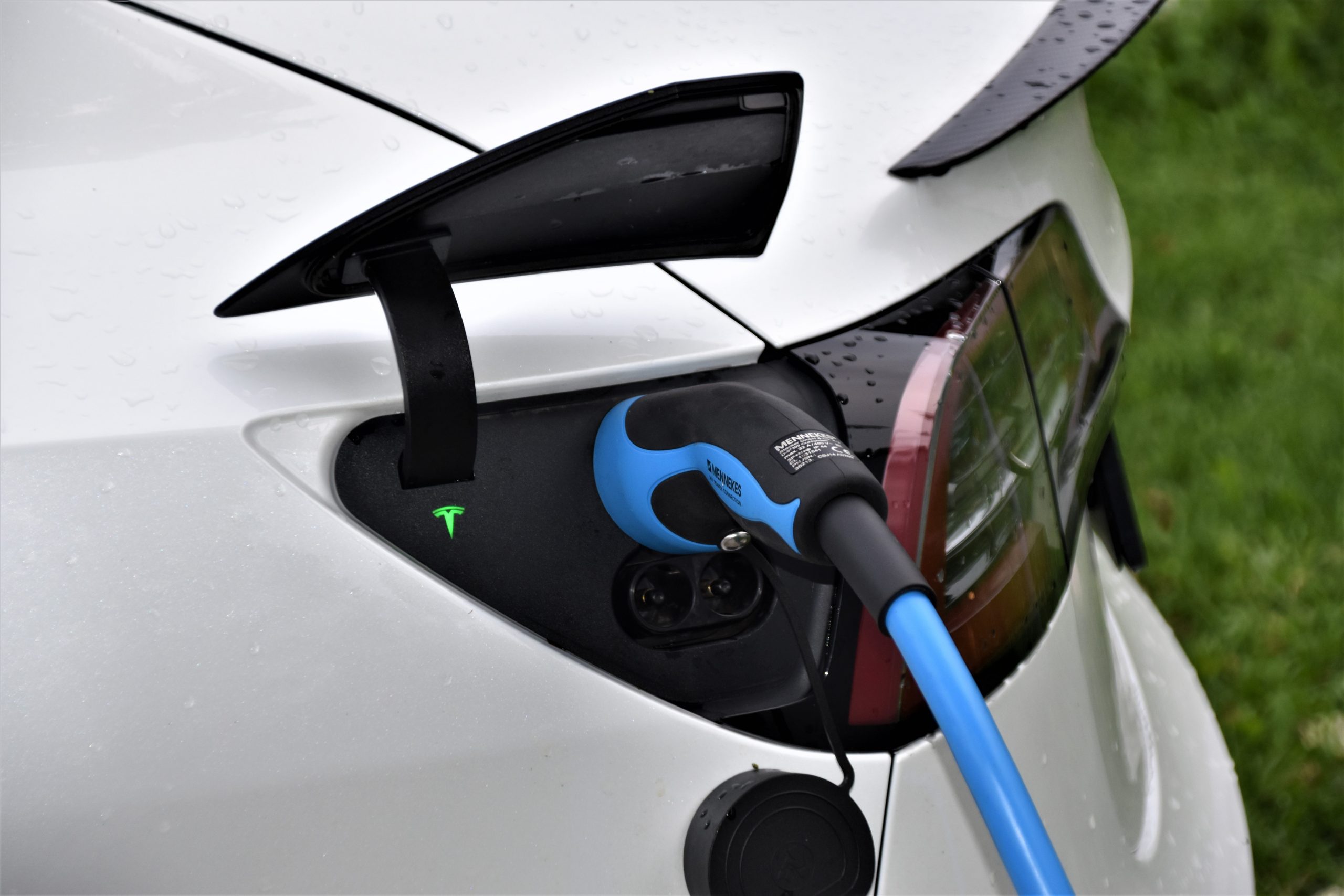 Researchers at Penn State University’s Battery and Energy Storage Technology Center are looking to come up with better automobile chargers that are more reliable and charge quicker.

They are experimenting with a thin layer of electrochemically active molecules that are self-assembling to make better batteries.

“The lithium metal battery is the next generation of battery after the lithium ion battery,” explained Donghai Wang, researcher at Penn State University’s Battery and Energy Storage Technology Center and a Mechanical, Chemical engineering professor. “It uses a lithium anode and has higher energy density but has problems with dendritic growth, low efficiency, and low cycle life.”

The researchers are working with a self-assembling monolayer to solve these problems. Because it is electrochemically active, it breaks down into its various components to protect the lithium anode’s surface.

The battery in question has a lithium anode as well as a lithium metal oxide cathode and an electrolyte with materials that conduct lithium-ion. It also has the thin film layer on the outside that prevents the battery from growing lithium crystal spikes when it is charged too quickly or when the temperature is too cool. The spikes also cause the battery to short and cut short its longevity.

Says Professor Wang: “The key is to tune the molecular chemistry to self-assemble on the surface. The monolayer will provide a good solid electrolyte interface when charging and protect the lithium anode.”

The monolayer is first deposited on a thin layer of copper so that when charged, the lithium contacts the monolayer and breaks down into an interfacial layer that is stable.

Some lithium deposits on the copper with the other layer and the decomposed part of the first layer is restored on top of the lithium where it protects it and prevents the formation of lithium dendrites.

Researchers say that the technology can boost battery storage capacity and enable batteries to be charged more times in its lifetime. It cannot be charged more than a few hundred times at this point.

“The key is that this technology shows an ability to form a layer when needed on time and decompose and spontaneously reform so it will stay on the copper and also cover the surface of the lithium,” explained Wang. “Eventually it could be used for drones, cars, or some very small batteries used for underwater applications at low temperatures.”