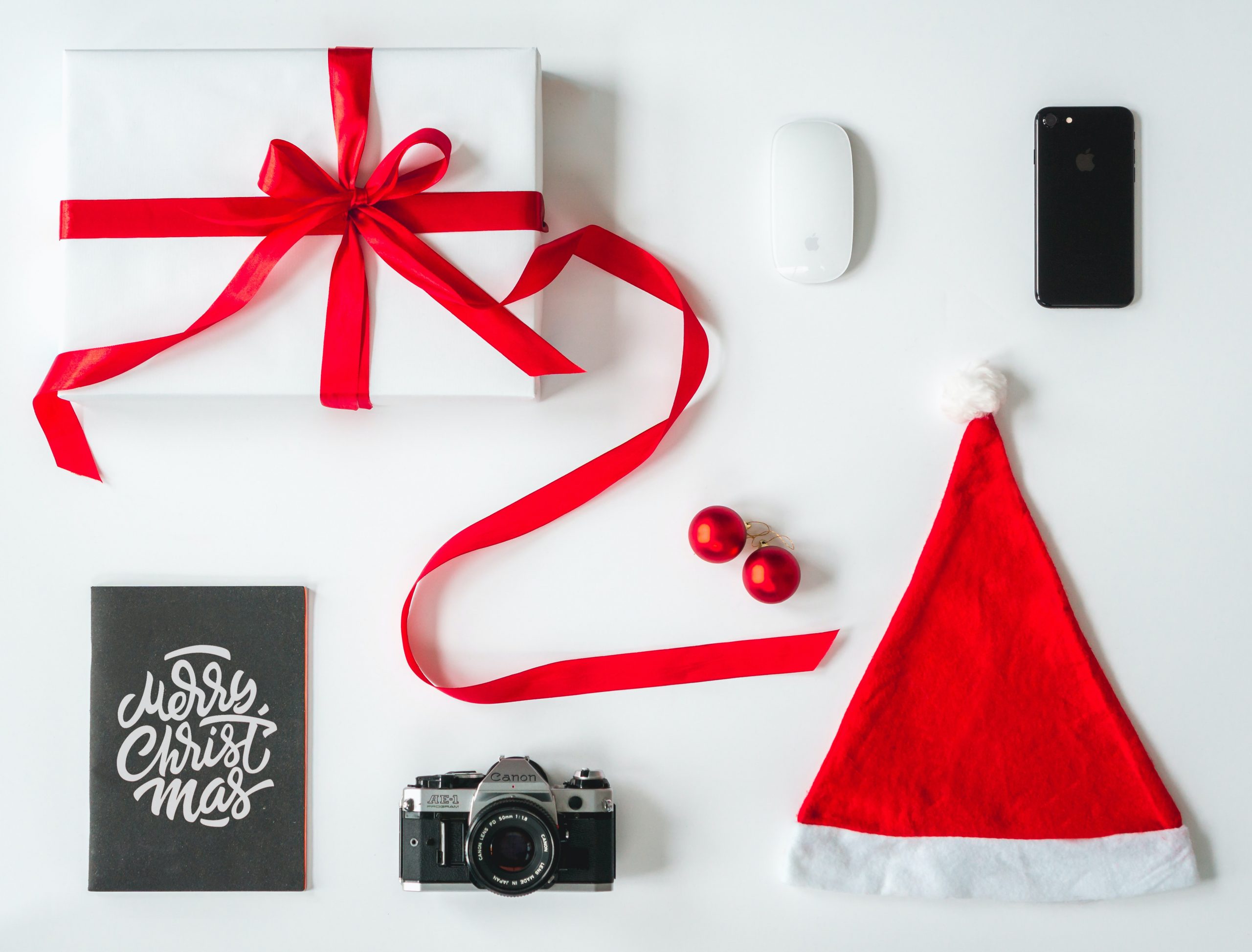 This is going to be a unique Christmas. We might not spend it together with our loved ones and that is all the more reason why we need to choose our gifts more carefully.

We have compiled a list of science and tech gifts that hits every category so that you are bound to find something perfect for the science lover in your family.

IN case you go down our list and still don’t find your perfect science and tech gift, go through the other guides we have on our website and you are bound to find something perfect.

It could be a science book, a clever gadget, a wireless earbuds, video doorbells or even smart speakers. So here we go:

Can you look at your nightstand without seeing a tangled mess of charging wires? You can free up your nightstand or desk by investing in this wireless charger for Apple products.

This charger works with iPhones, earpods, as well as Apple Watches at the same time. When it is not at work charging your devices, it manages to look pretty.

In case you are not an apple fan, you can still invest in Belkin’s wireless chargers for Android devices. Plus they are cute too.

If your loved one is a coffee addict, look no further than this coffee drip scale. This coffee kit enables one to prepare a well-made cuppa at home.

It allows you to adjust the flavor of your coffee by adjusting the amount of ground coffee that goes into it and how long it is brewed.

The Hario V60 Coffee Drip Scale will give you perfect coffee every time. It does not look too bad either.

This gift consists of an elegant classic design and a smart light. The lamp connects to your smart home system (Siri, Alexa, or Google) so that you can use your smartphone to turn it on, off or adjust its warmth.

You can set the lamp to go on or off at specific times or for specific durations.

The Lumie Halo is the perfect gift to cheer up a friend in dreary winter. When it is on day mode, it has just the right light intensity to beat Seasonal Affective Disorder.

The Lumie Halo has a simple set up process and it does not take up much space. It has the power to add some cheer to a dull room even when there is little sun. its evening mode is a lot more mellow.

During the winter months when nights are longer and daylight is scarce, indoor lighting is even more important to have I place. This is one of the best work lights because it has LED lights that grow in brightness as the day darkens. This allows you to enjoy a consistent intensity of light throughout the day.

It also has a smart joints and hinges that allow you to point the light in any direction as well as modify the intensity of light as well as its warmth. Even the LEDs adapt.

What you get is a lighting experience that leaves you more alert without causing eye strain in case you spend your day in front of a monitor. 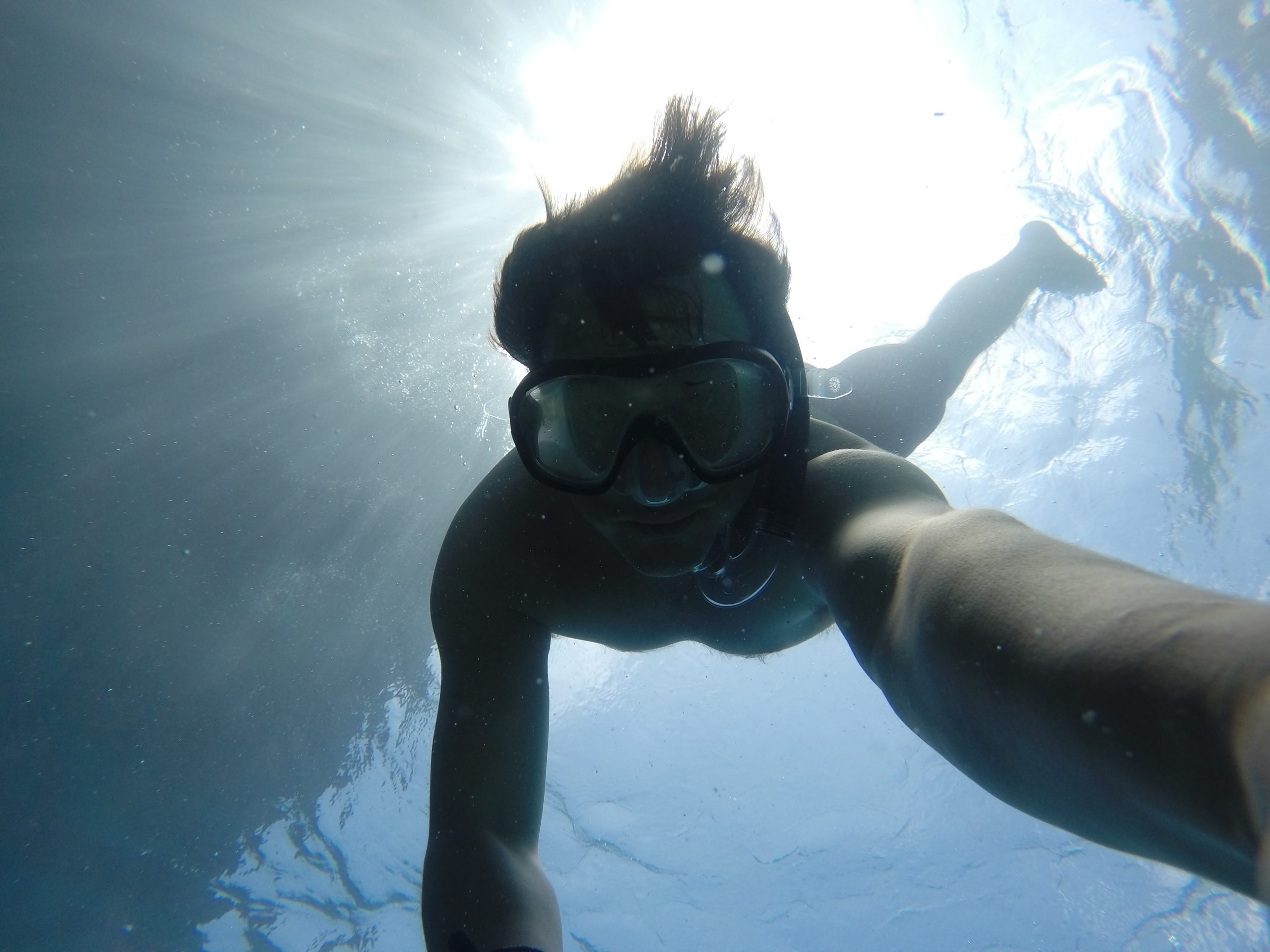 A team of Stanford University Engineers are working on creating more effective face shields by borrowing a leaf from animal noses and snorkeling gear. They believe that the resultant PPE would serve frontline workers a lot better than what they are using now.

Stanford Bioengineer Manu Prakash was in quarantine after flying home to California from France when he looked at his gear for snorkeling and scuba diving and thought that they might just have the solution for two of the difficulties of the Covid-19 pandemic.

He realized that the collapse in the global supply chain for N95 masks had created a shortage of personal protective equipment in many hospitals. Further, “the masks that are out there, that we put in the hands of our frontline workers, are not that good,” according to Paraksh. “They’re often ill-fitting and uncomfortable, and if they don’t fit, they don’t protect.”

Prakash’s big idea was to take full-face snorkel masks and repurpose them to address the urgent need for personal protective equipment by fitting them with 3D-printed filter-holders.

His idea attracted the attention of partners around the world who collaborated in the design and testing of the adapted snorkel masks in Prakash’s own laboratory as well as other locations. The device is both a mask and shield.

Laurel Kroo is a mechanical engineer at Prakash’s lab who presented the device dubbed ‘pneumask’ to the American Physical Society’s Division of Fluid Dynamics at their annual meeting.

Researchers participating in the collaborative project have already published a set of decontamination protocols for the device that allow it to be reused. They also conducted clinical tests which suggest that it is comfortable enough to last an eight-hour shift.

“From a fluid-dynamics perspective, a mask is a hydrodynamic device,” Prakash clarified. “A lot is happening when you breathe in and breathe out. You have to have the right kind of filters. You have to think about rebreathing, and comfort.”

Not satisfied with the ‘pneumask’ Prakash’s lab is also working on other developments related to Covid-19. The lab was part of the 1000×1000 project launch repurpose candy floss machines into N95-grade mask material.

Candy floss machines melt sugar and spin the liquid into fine threads. The repurposed candy machines spun out nanofibers instead which are capable of trapping tiny particles.

They also participated in the development of a low-cost ICU ventilator called ‘Pufferfish.’

Elsewhere, Cornell University’s Sunghwan Jung observed the nasal structures of different animals and drew design lessons from them to create superior masks. Jung studies animal from a fluid dynamics perspective and works with researchers Saikat Basu and Leonardo Chamorro of South Dakota State University and the University of Illinois Urbana.

“Animals like dogs, opossums, and pigs are renowned for their super-sensitive sniffers,” Jung said. “They have a very complicated nasal structure, and we tried to mimic that structure in our filters.”

Jung describes the human nose as “fairly straightforward and vacuous” compared to dogs and pigs whose nasal cavities are more twisted and indirect which gives them their keener sense of smell. “Fluid mechanics tells us that if you have such a tortuous air pathway, you have more chances to capture more particles,” said Jung.

The researchers have created a mask filter with a more convoluted structure like the one witnessed in the animals that Jung studied. Tests have revealed that the masks they created are capable of filtering out micron-sized particles and it’s low-pressure drop makes breathing much easier.

According to Jung, the masks are still in testing and are not approved nor have they been used in hospitals. 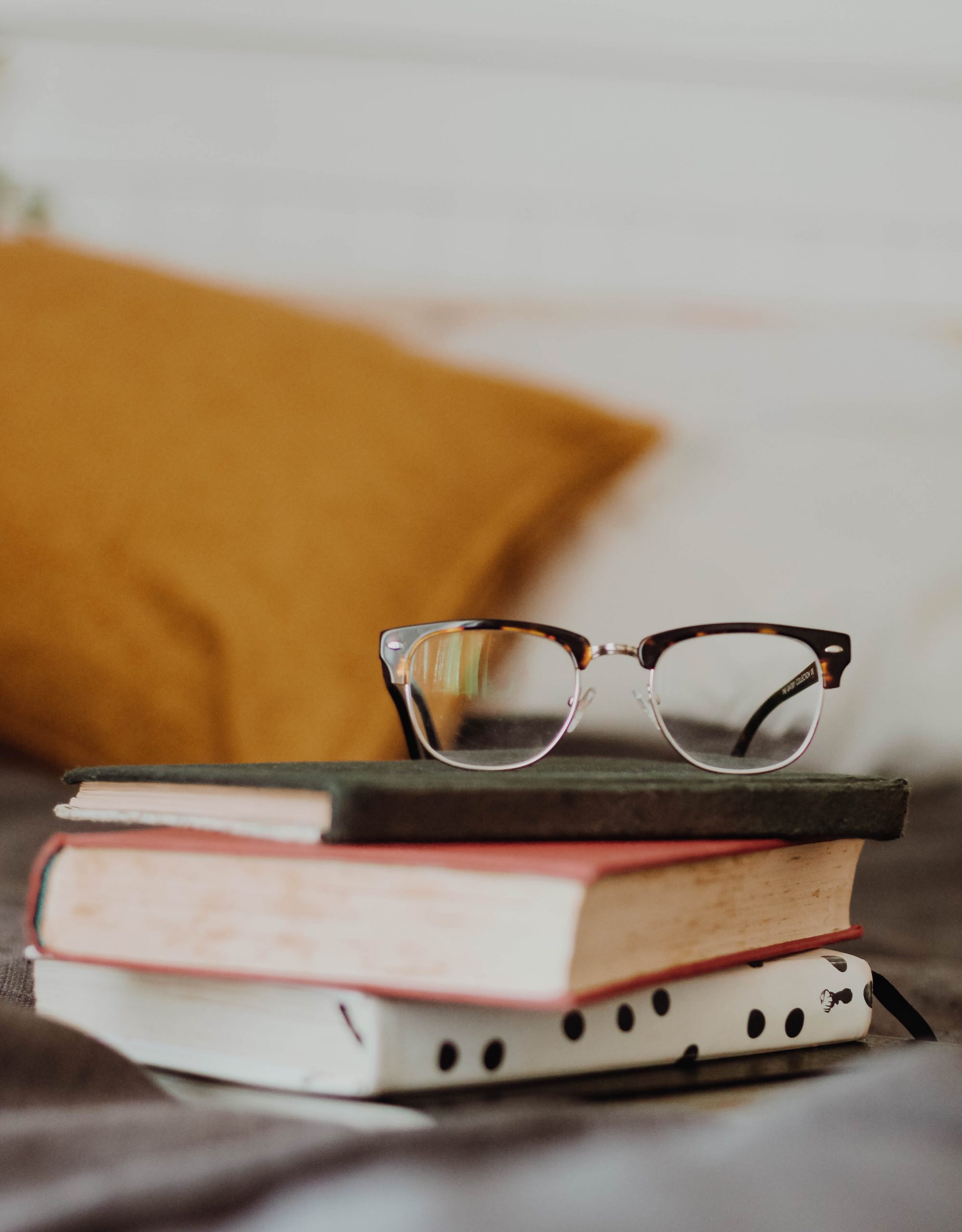 Explaining Humans: What Science Can Teach Us about Life, Love and Relationships

In case you are a mature person on the autism spectrum disorder and ADHD, you could be wondering how to navigate through life. Dr. Camilla Pang came up with science concepts for analyzing social phenomena by breaking it down in the same way that light refracts, for example, through a prism.

She brings together scientific explanations and appealing anecdotes for a relatable manual on humans.

Some episodes of human history are full of despair, war, and conflict. These stories from the past might prepare us for the future, but Rutger Bregman, a historian said, there are other ways of learning from our mistakes. Despite some of our beliefs, people are essentially good, he said. Naturally, people aren’t selfish, nor are they fundamentally evil, and he gave literature, science, and history examples showing why we should be hopeful even in this challenging moment.

The End of Everything (Speaking Astrophysically)

At first, an end of the world book may not appeal, but this witty wonder is strangely a replenishing read through cosmology. Dr. Katie Mack, a Cosmologist, explained major science concepts are revealing what we do without knowing our universe. From stirring theory to quantum physics, it is a friendly guide to five ways astrophysicists think about the probable end of the universe.

Ok, this isn’t a book. A BBC Science Focus Magazine Subscription is a significant gift to the science lover, (or for yourself).

All issues are full of news, ideas, innovations, and discoveries to help you cope with the fast-moving world complexities around us. Interviews with leading names in science, remarkable science photo features, and, of course, your questions answered.

With a 52% cheaper annual subscription, the best sign up time is now. 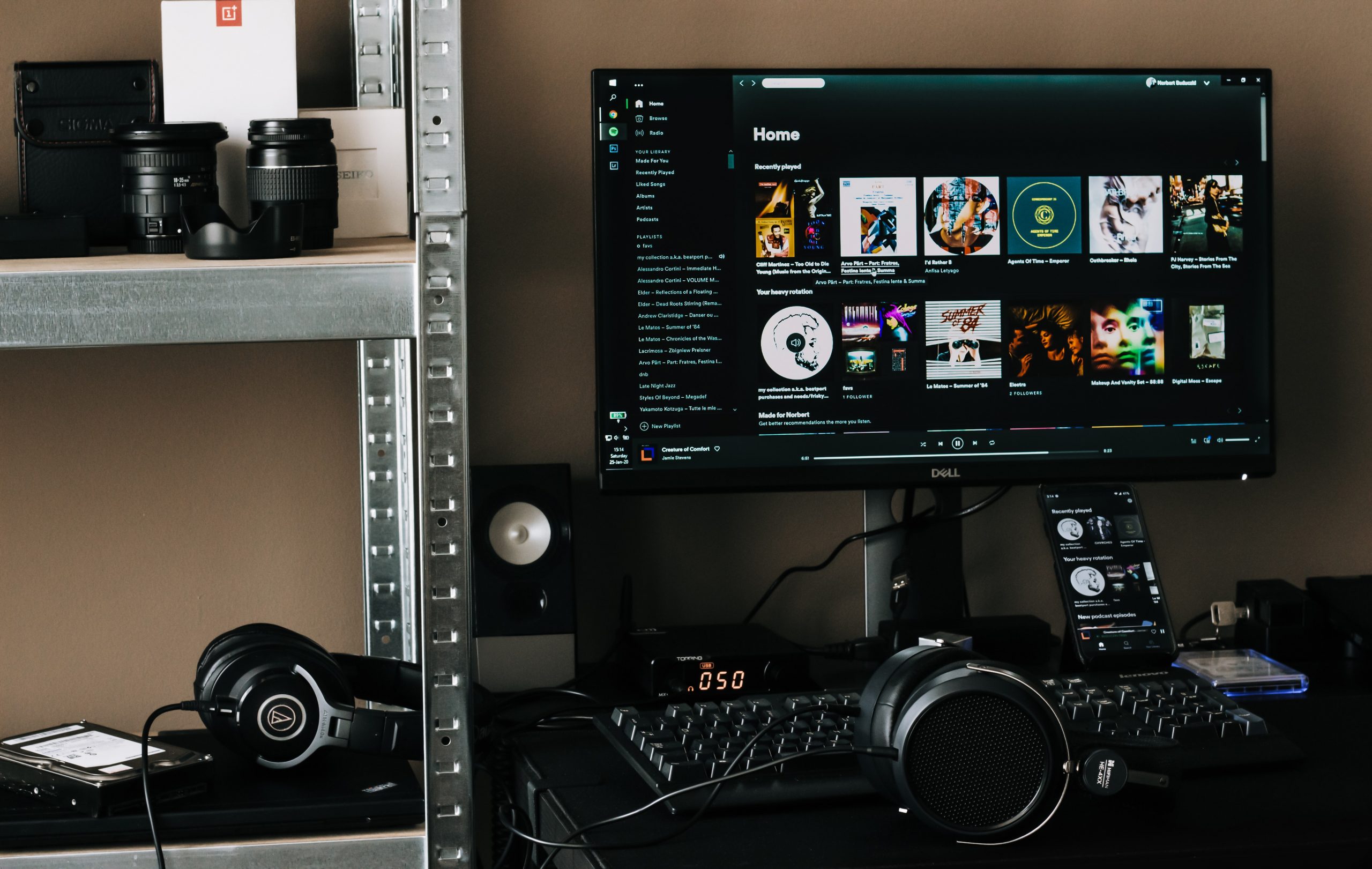 Nowadays, every manufacturer wants to make a Bluetooth portable speaker, but the nostalgically styled Emberton by Marshall, is among our favorites. Not much bigger than a tin of beans, the speakers are capable of pumping out a bassy room-filling sound. It looks perfect nestled next to books on a shelf. It is waterproof (IPX7 rating), light (700gm), offering 20 hours between charges playtime, in outdoors, it’s equally home for it.

The lockdown has given me a new appreciation of peace and quiet. Unless you want to duct tape two pillows on your head, the best way to enjoy quiet is to invest in a pair of comfortable noise-canceling headphones.

These are my pick headphones. Sony shows its brilliant technology in noise cancelling by freeing the ears as you listen to a warm, deep, voluminous sound, an internal chip production containing DAC (digital-to-analogue converter) with an analogue amplifier. The final result is a generous sound feeling as though in a room with your best artist.

Bang and Olufsen, delving the design modernize and archive several of its cherished products. First is a piece by piece rebuilt record player with modern electronics and materials.

At a spendy pounds 9,000, only 95 units available, I don’t think Santa would drop down our chimney any time soon. Sure it’s nice to hope, though…

A more modern something in touch from Bang & Olufsen, new Beolit is there. The Bluetooth speaker with a cutesy basket picnic handle is designed for pick-up and taken around with you in the house, staying for 8 hours between charges.

With 3 drivers full-range driver and an inside large subwoofer, the portable speaker system is a room filler. At the top is a wireless charging pad to juice your battery for your smartphone. Use a pair of them to get a stereo sound system.