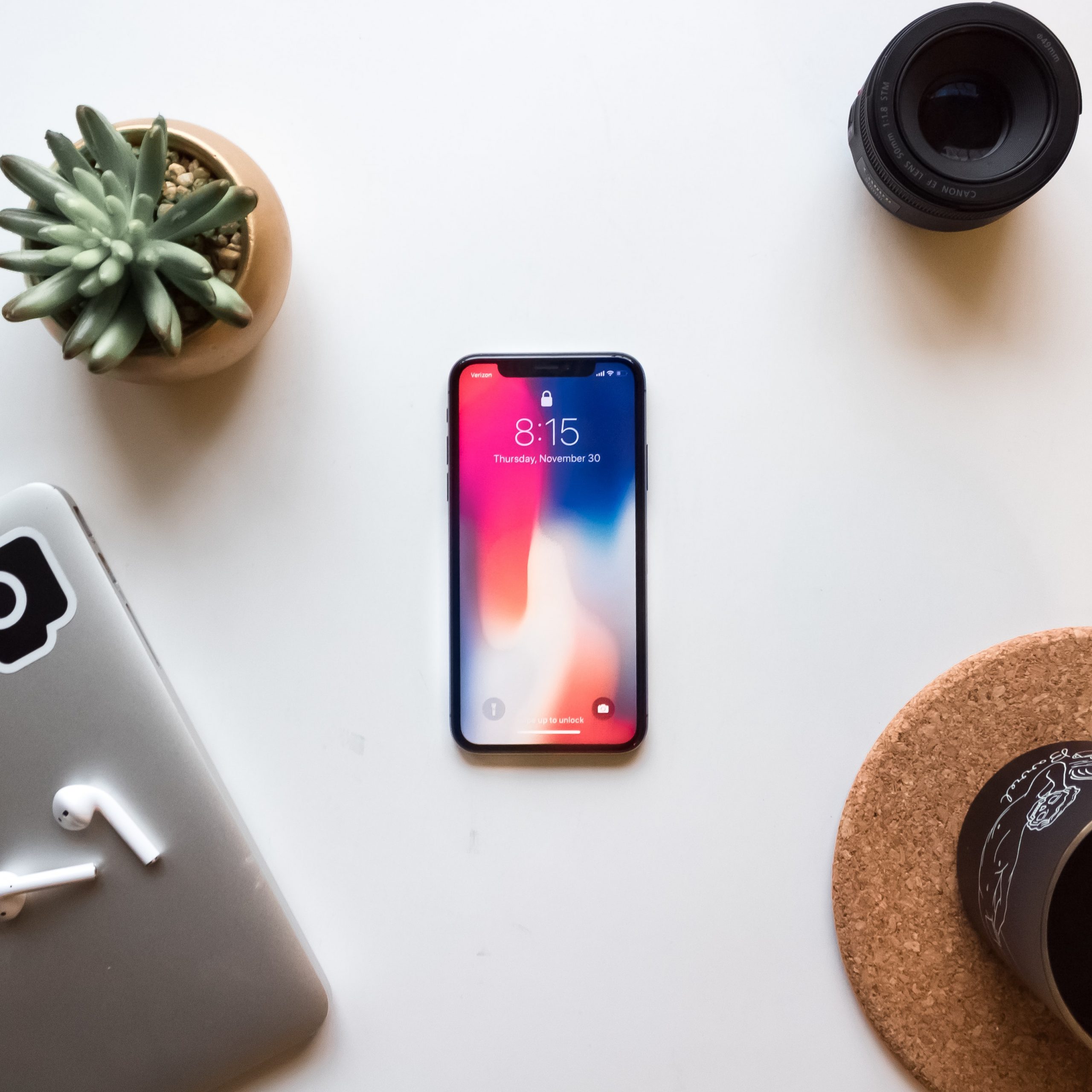 Apple has some heart wrenching information for you. And we do mean that in the literal sense. You might have read a lot of dubious reports about the power of cellphones to cause brain cancer. This is the real deal.

Apple says that their offering Apple 12 may harm your heart.

In a warning released on January 23rd, Apple says that iPhone magnets may have an effect on medical devices including defibrillators and pacemakers.

1.3 million Americans are using pacemakers now, and more and more start using them each year.

Defibrillators are in widespread use too, though precise statistics are a little harder to find.

According to Apple’s warnings, certain items within iPhones such as radios, magnets, and what they call ‘components.’ These items emit electromagnetic energy and this could alter the functioning of these lifesaving medical devices.

“These magnets and electromagnetic fields might interfere with medical devices,” reads the advisory.

The report hints at the culprit by mentioning that ‘iPhone 12 models contain more magnets than prior iPhone models.’

Apple explains that sensors within medical devices like pacemakers and defibrillators may react when they are close to radios and magnets.

iPhone users are advised to keep their iPhone accessories away from their implanted medical devices – at least 6-12 inches.

Shirt pockets, coat breast pockets, and even pants pockets are now clearly unsafe places to keep an iPhone 12. This warning means that people who have implanted medical devices may find it dangerous to walk around with an iPhone 12. How do you walk with a phone while keeping it as far away from you as possible?

According to an article published in January 2021’s edition of the Heart Rhythm Journal says that external magnets may cause defibrillators to suspend ‘high voltage shock therapy for ventricular tachycardia and ventricular fibrillation.’

An experiment found that as long as the iPhone 12 remained over the patient’s left chest area and close to the defibrillator, ICD therapies stopped. The same thing happened when the iPhone 12 was moved to other parts of the chest.

This means that iPhone 12 has the power to harm patients by halting vital and life-prolonging therapy.

Upper pockets were found to be the worst places to keep an iPhone 12 for patients who have installed pacemakers and defibrillators.

According to the journal, even fitness tracker wristbands have been found to interfere with defibrillators as far as 2.4cm or 1 inch away.

While we do appreciate the warning, we feel it would be a lot more helpful for Apple to provide a solution. Like a different version of the phone, or maybe a protective casing around the phone that blocks magnetic signals. 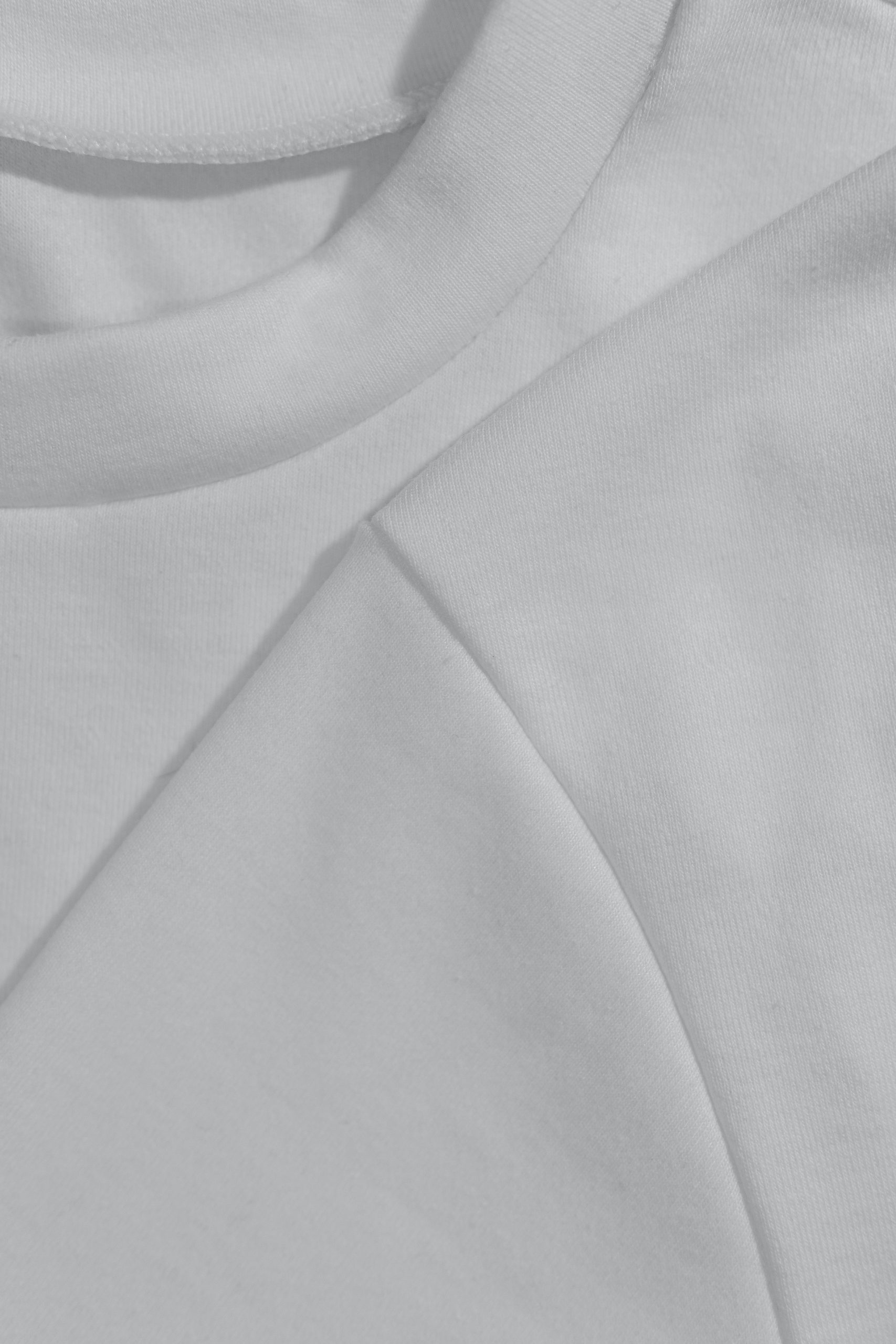 Computer Scientists based at the University of Bath are experimenting with conductive seams to track all physical activity.

According to the scientists, these charged seams are powerful enough to detect even subtle movements that a smartwatch or a fitness app would miss.

Conductive seams in clothing yield data that can be analyzed to gain a better understanding of how the wearer moves.

“There are lots of potential applications for conductive yarn in any activity where you want to identify and improve the quality of a person’s movement,” explained Ph.D. student Olivia Ruston at Bath. “This could be very helpful in physiotherapy, rehabilitation, and sports performance.”

They are not the first team of scientists to create textile sensors for use in clothing, but it is the first project that focuses on using conductive seams.

This study has uncovered how the number of conductive seams and their placement on garments affects the yarn’s ability to record information.

“There’s great potential to exploit the wearing of clothing and tech – many people are experimenting with e-textiles,” Ruston said, “but we don’t have a coherent understanding between technologists and fashion designers, and we need to link these groups up so we can come up with the best ideas for embedding tech into clothing.”

Ruston’s team of scientists is working with a special kind of yarn. This yarn is built with a unique conductive core made from a hybrid material designed to sense pressure and stretch. This hybrid is made from a metal-polymer combination.

The yarn is woven into the seam of a garment and then activated, strictly at low voltages. The wearer’s body movements will bring about variations in the resistance of the yarn and tension within the seams.

The researchers used a microcontroller to relay the voltage signal from the seams and onto a computer.

Co-author Professor Mike Fraser explains that their work will influence the fashion industry: “Our work provides implications for sensing-driven clothing design.” Fraser is the head of computer science at the University of Bath. “As opportunities for novel clothing functionality emerge, we believe intelligent seam placement will play a key role in influencing design and manufacturing processes. Ultimately, this could influence what is considered fashionable.”

A Tattoo that lets you know when you are Ill 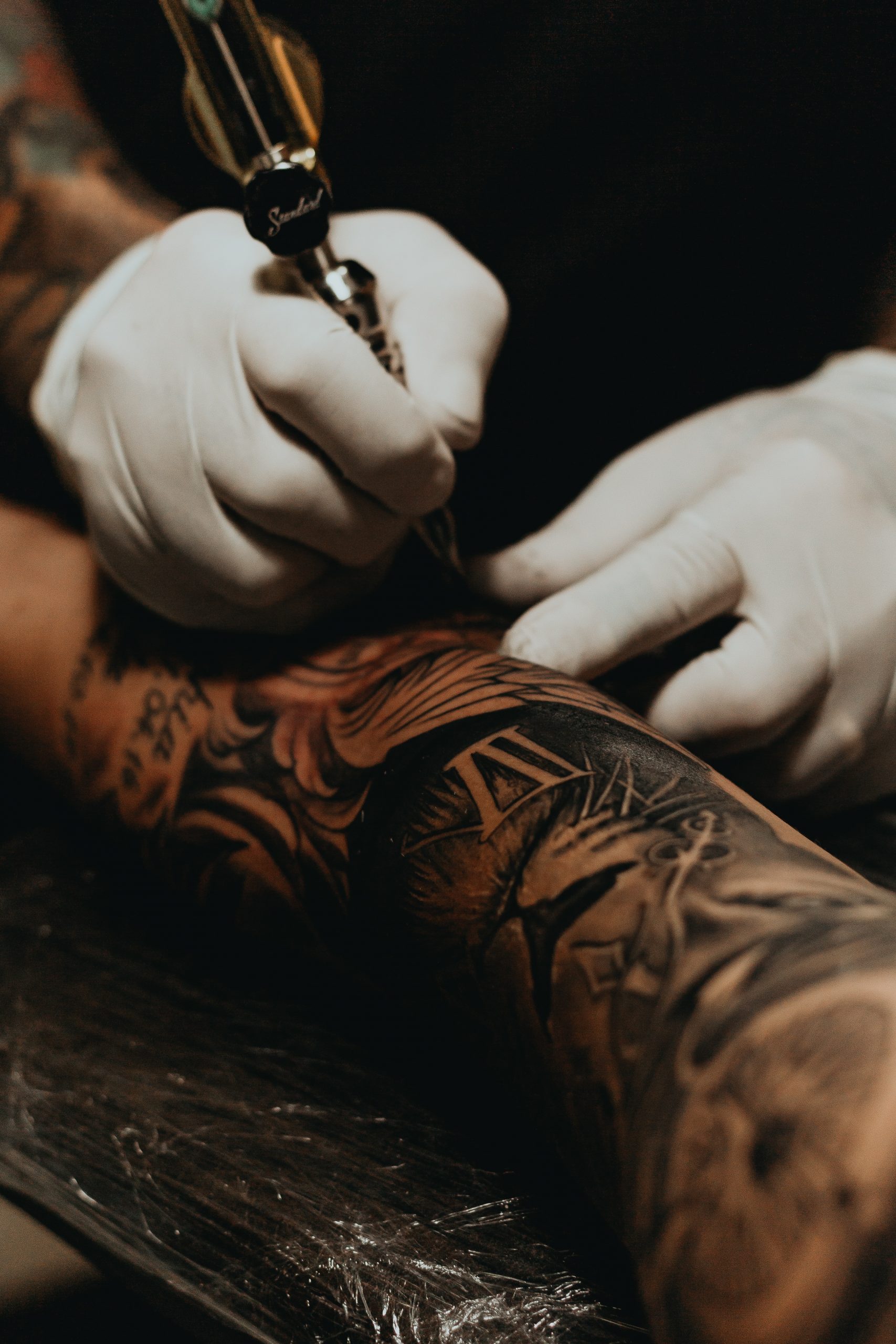 Scientists have long been interested in implanting sensors that can monitor changes in body chemistry. Such sensors could prove useful for tracking the progress of diseases or how well a patient is responding to treatment.

The downside to such sensors is that they couldn’t remain inside long enough and end up losing their effectiveness or getting rejected by the body the longer they stayed inside.

A team of scientists based at the Johannes Gutenberg University Mainz in Germany (JGU) has now succeeded in building a sensor that can remain in the body for months on end after implantation.

Built from modified gold nanoparticles that have unique receptors for particular molecules, the sensors get implanted underneath the skin and come encased in artificial tissue.

What makes the gold nanoparticles so remarkable is the way they change color in response to changes in their environment. The researchers wanted to take advantage of this feature to create color-changing tattoos.

“Our sensor is like an invisible tattoo, not much bigger than a penny and thinner than one millimeter,” clarified JGU Nanobiotechnology Group head Prof Carsten Soennichsen.

The scientists used a non-invasive instrument to detect changes in color. They observed that the sensors stayed stable and continued working for months.

“As they [the nanoparticles] can be easily coated with different receptors, they are an ideal platform for implantable sensors,” said Dr. Katharina Kaefer, who was the lead author of the study.

So far, it seems that gold nanoparticle sensors have a place in our future. They may prove useful in drug development by monitoring drugs and biomarkers in our bodies. They may also work in medical research, chronic disease management, or medicine.

Is the New Appetite-Controlling Drug the Answer to Obesity? 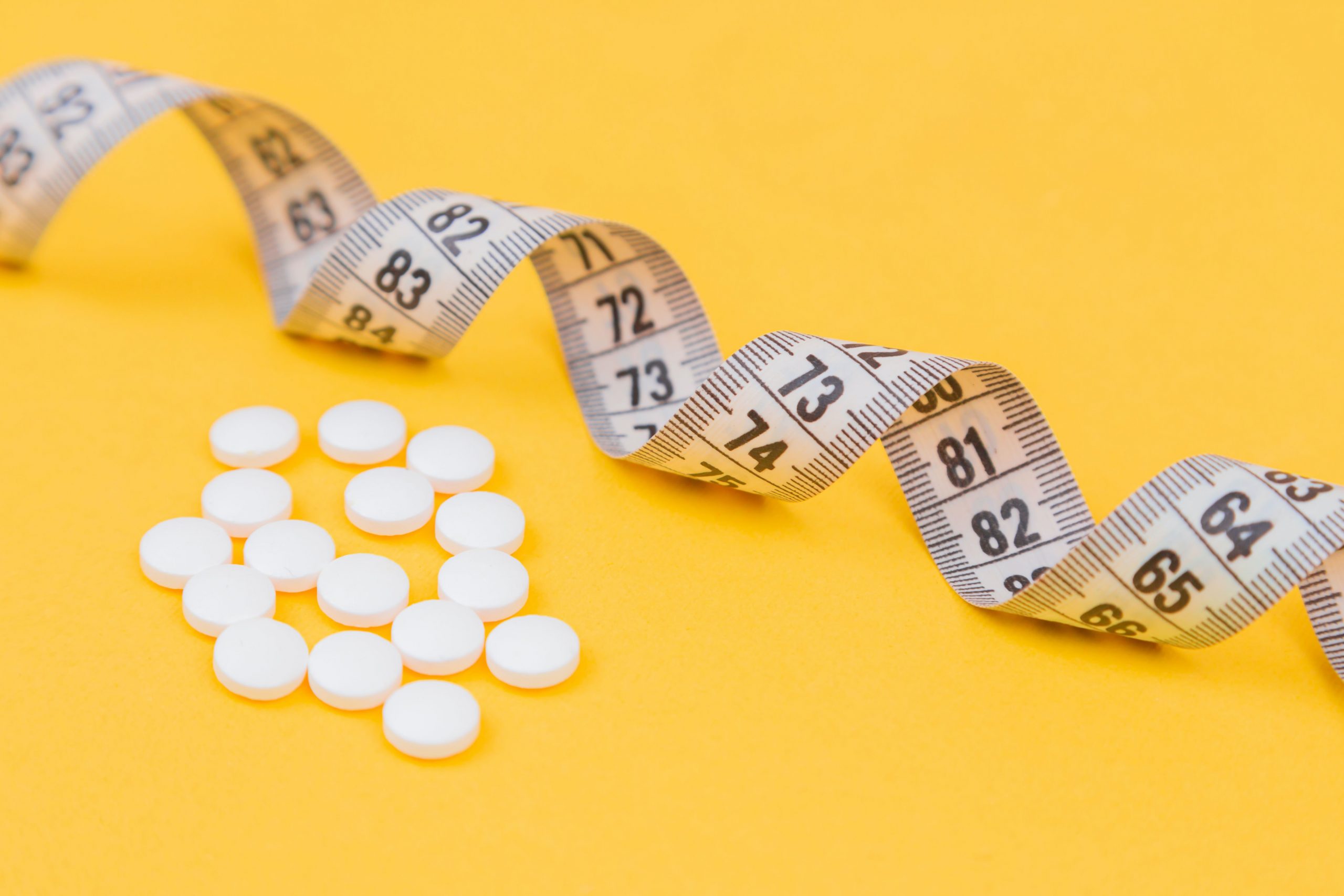 Weekly semaglutide injections have helped patients lose more than 15kgs. Might this be a magic bullet in the fight against obesity?

We need efficient ways to treat and prevent obesity, even as we fight COVID-19. 29% of women and 26% of men in the UK, according to NHS in data published in 2020 May, were presumed to be obese. These individuals had a body mass index higher than 30.

The situation has now gotten worse thanks to a widespread lockdown-related gain in weight. Obese patients are not only likely to die due to COVID-19; but even worse, University of Glasgow researchers’ recent estimates suggest that obesity might have overtaken smoking as a cause of ill health in Scotland and England.

A healthy balanced diet and suitable physical exercise could prevent weight gain. But this is not considered an effective treatment against obesity. Consuming a very low-calorie diet of not more than 1,000 kcal a day might result in losing about 10 to 15kgs within 12 weeks.

A more modest, cautious calorie restriction prescribed by several commercial slimming plans could cause an average annual weight loss of about 7kgs. However any weight lost through these methods can be regained. And you need another approach to keep the wright off.

A series of peptide hormones regulate energy expenditure and appetite. These hormones are released in the intestine. Bariatric surgery works because it changes the gut response to food intake and how it communicates with the brain.

Specifically, glucagon-like peptide (GLP-1) is produced in the ileum in the last section of small intestines. GLP-1 responds to foods containing carbohydrates. Insulin synthesis is thereby promoted and secretion by the pancreas, but it affects the stomach by reducing the digestive system movements and secretion of acid.

The UK researchers published their findings on semaglutide in the New England Journal of Medicine led by John Wilding, in February. They found that a drug mimicking GLP-1 that was initially intended for diabetes treatment caused considerable weight loss in type 2 diabetes patients.

The researchers worked with 1,962 patients, of whom 75% were female. Of these, 13% were Asian, 6% black, and 75% white. Their average body mass index was 38. Patients were randomly divided into 2 equal groups. One group received semaglutide weekly injections, while the control group received placebo injections for 68 weeks. Both groups got lifestyle advice and diet.

The semaglutide group lost an average of 15.3kgs in contrast to 2.6 from the control group. The treatment effect difference in the two groups was 12.7kgs weight loss.

The treatment as successfully reduced blood pressure by 5.1mmHg, and the patients reported better physical functioning. The treatment’s major side effects included nausea, diarrhea, and occasional vomiting. And to those on active treatment, there were more frequent gastrointestinal disorders. Of more concern may be the accelerated danger of pancreatitis and gallbladder disease.

As these high-quality trials show, semaglutide causes remarkable weight loss compared to other drugs tested so far. What happens after the treatment ends is uncertain. Preventing the weight from piling back on is a great challenge, and the lesson learned from bariatric surgery is that patients should avoid sugar-sweetened beverages and unhealthy snacking. Smaller portions of calorie-dense foods help.

The research findings need to be confirmed with a more ethnically diverse population with a higher proportion of males. From a practical standpoint, the drug injection’s weekly requirement is more likely to curb a more significant rollout of the treatment. Oral preparations of the drug are still under trials.

While semaglutide appears promising as an obesity treatment, it is not exactly a magic bullet. We should continue to promote a healthy lifestyle as well as discourage unhealthy eating habits that lead to obesity.